Pupusas are quite similar to corn tortillas but they are thicker and stuffed with meat , cheese or beans. They originated in El Salvador, but have been adopted by and are very popular in bordering Honduras. Some say that Salvadorans migrating to Honduras brought them from El Salvador.

The pupusa, a golden-fried patty of corn, cheese and beans is customarily served with a vinegary blend of onion and cabbage called curtido de repollo. It is customary to eat this dish by hand, dipping it in this often-spicy pickled relish and in a tomato-based sauce. 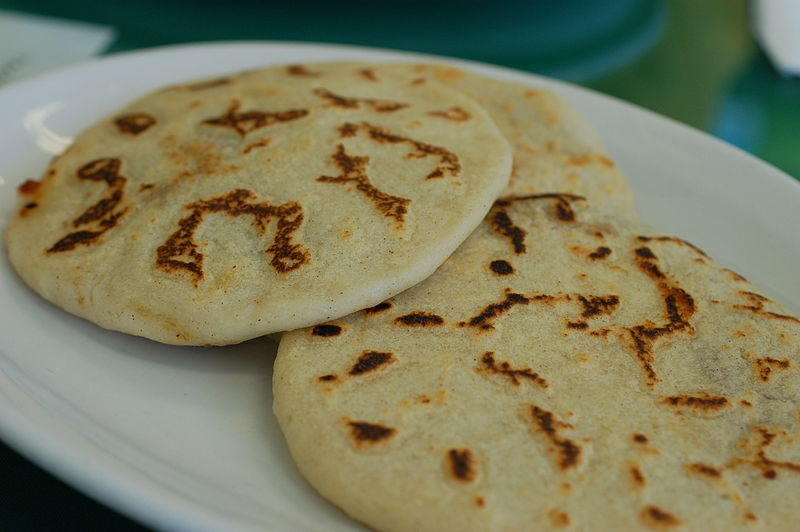 A pupusa is a thick, handmade corn tortilla filled with a characteristic combination of savory fillings such as seasoned beans, cooked pork, a mixture of fresh and aged cheese or other blends, and then placed on a hot griddle or skillet until golden on both sides. 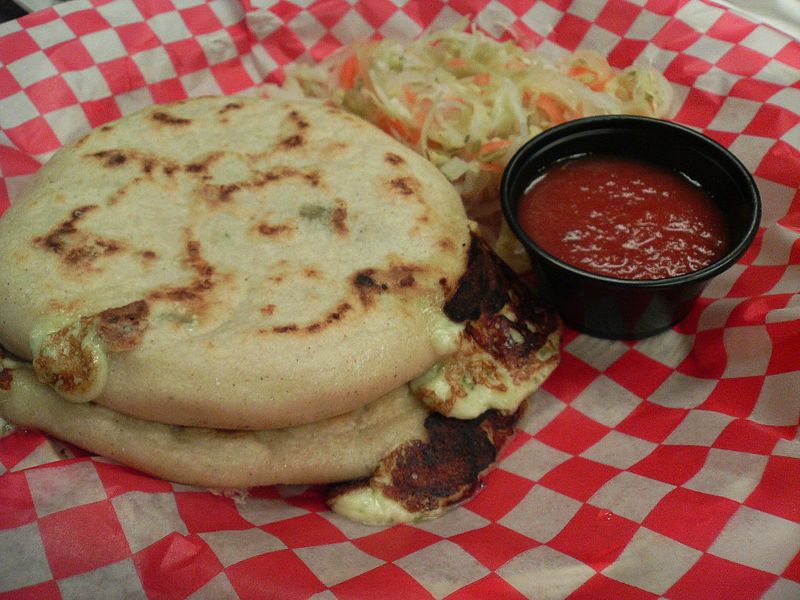 The dough is made by combining the masa and water, whic is then kneaded, cut into portions, and rolled into balls. Then a small pocket is made into which goes the cheese and other fillings. The dough is then wrapped around the opening of the pocket, sealed, and often brushed with egg yolk. Extra dough is trimmed using scissors, and the pupusa is flattened between the hands, or rolled with a rolling pin to make a fat, flat disc.

Apart of the cheese other fillings are created from one or more traditional ingredients, popular are refried beans, grilled or deep fried pork or chicken, and chicharrones, (fried pork rinds). The range of scrumptious fillings is quite wide, and may include sauted vegetables, shellfish, and local herbs like paprika or cilantro.

Typically pupusas are cooked over low to medium heat on a griddle or skillet. Depending on the thickness, they are browned for about 4 minutes on each side.

Honduran pupusas are served with copious topping of curtido, a tangy cabbage slaw lightly spiced with vinegar red chilies (similar to sauerkraut or coleslaw), and then a fair amount of salsa roja (tomato, pepper sauce, and garlic, served warm) is added. They are usually served with side of sweet fried plantains an are eaten by hand. 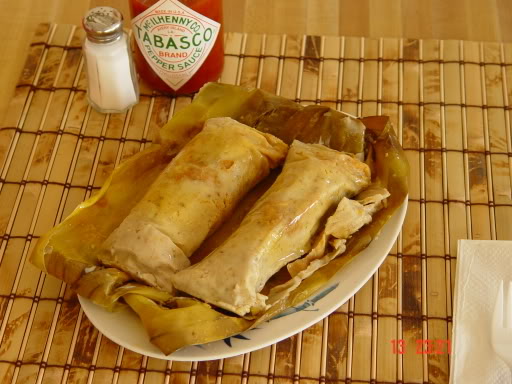